A few weeks ago as many of you will know I was lucky enough to go to South Australia for a conference and spend a few days beforehand travelling around the area near the city for a bit of a look.

We started our trip in Glenelg, a pretty and popular beachside suburb of Adelaide (the states capital). It sits on Holdfast Bay in Gulf St Vincent which is were I took my photos along the picturesque Glenelg Jetty. 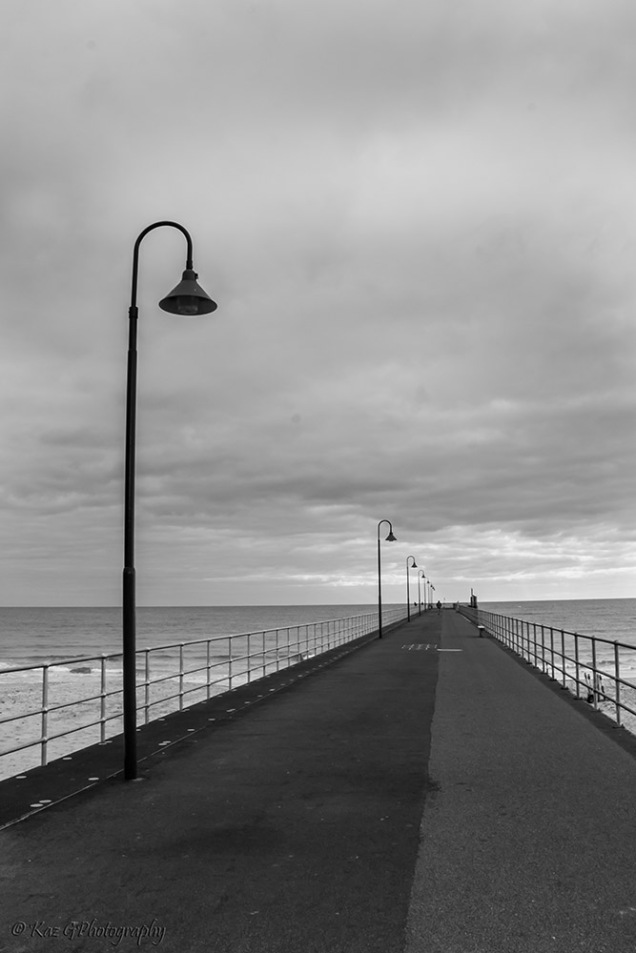 As I really liked this jetty so much I visited it twice, once for sunrise and then for a sunset. I look around Glenelg but to my annoyance didnt really take many  more photos  I was so focused on what I wanted from the sea that I didn’t think to take many shots of other things. Originally in the 1800s it was a lot longer (381 metres, 1250 ft) and was built for cargo ships coming into the bay.  At one point it had a lighthouse at the end of it.  Sadly in 1873 fire engulfed the end of the pier so they cast off the lighthouse to save the rest of it.  In 1948 a cyclone completely  destroyed the entire Jetty.  As with most things a new Jetty plan was drafted soon after but construction wasn’t finalised until 1969.  This jetty was only 215 metres long (705 ft) and practically made of cement.  This is the Jetty that remains here today.  I know we need to be practical and cement is much more long lasting than wood but I myself feel something is lost along the way – the character.  Although I was very pleased with my pictures of this Jetty I couldn’t help but feel they would have been better if the wood had remained…..

I did take a couple of the Glenelg Marina just before sunrise. They are a little grainy and not sharp as I was hand holding the camera at the time. A very pretty place and well worth a visit. Glenelg is also known for its shopping along the street to the pier.

The Glenelg tram is a 15km trip from the Adelaide Entertainments Centre to Glenelg Jetty. In 2006 they changed from the old fashioned style car to a newer style. Although being more comfortable it loses something in the aesthetics by modernising these trams. I was hoping for a trip back into yesterday but unfortunately life is more practical now and its faster and more comfortable and able to hold more passengers and I am sure the people who use it every day would be grateful for that. 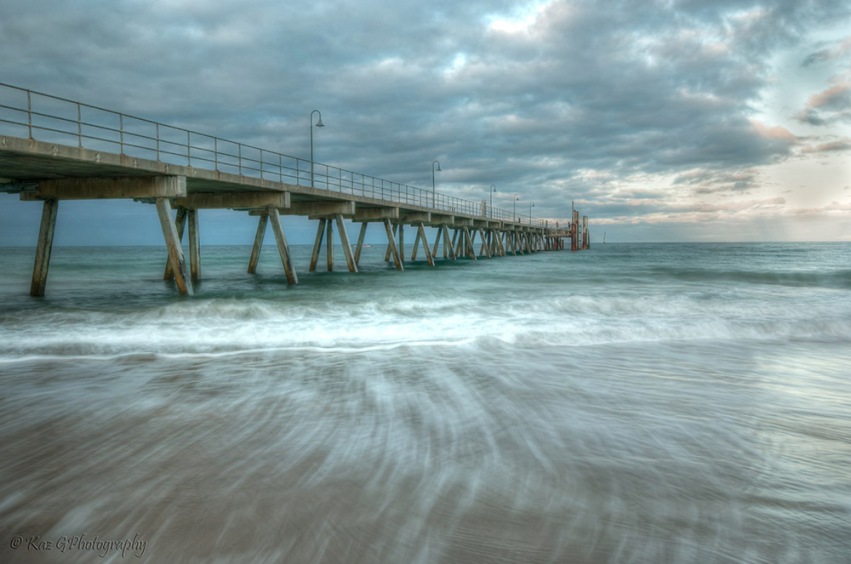 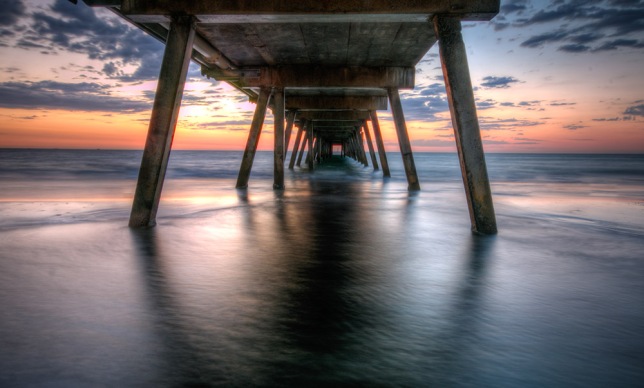 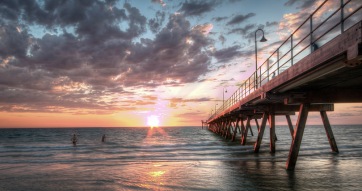