A few weeks ago I went down to the farm.  Its not a farm in the typical sense with chooks (chickens) running around, green pastures and a house looking over the paddocks.  Its a new farm with a very, very large shed, half for machinery and men’s stuff and the other partitioned off and used as a house for the time being.  It is quite cosy and even though its a shed, it was quite warm and homely for my visit.   Eventually there will be a house and lawn and yes maybe chooks…. 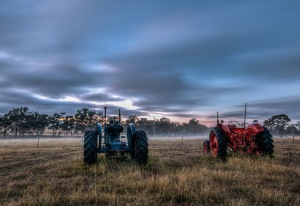 It was almost winter when I was there so the mornings were very crisp and the electric blanket was set on 2 for most of the night.  There was dew on the grass of a morning and mist rising up from the small creek situated on the farm.

On my first morning there I was up about 6am stepped outside into the almost frosty morning to see the beautiful mist, I raced back inside to get the camera and tripod but by the time I came back it was gone.  I was more prepared the next day and was up a bit earlier.  Chris has a passion for old tractors and they are (as he puts it) strategically placed around the farm….. they are quaint and interesting, some corroded in parts and others still remarkably working.  They were what greeted me that second morning looking out into the misty start to the day. 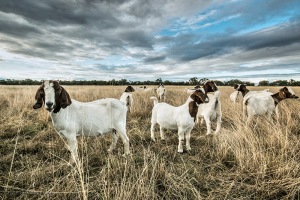 A nice first day I thought.  Later I was taken around the property (250 acres/101 hectares) to find at the very back a paddock a herd of Boer goats with their chocolate covered heads and floppy years – how cute!  Some were heavily pregnant at the time but I unfortunately didn’t get to see any births or see the kids before I left.  They were pretty self sufficient but came running when we opened the gate to say hello and ate the pellets we had for them.  Two were very friendly and pretty precocious as they had been hand reared for a time so were pretty brazen and hopped up on the ute a few times before being chastised and being shooed off again.

Chris also had about 250 sheep on the property as well.  When I arrived they were being drenched to protect them from worms and given vitamins, all were pristine and about six months old (2nd cross lambs).  By the time I left they had eaten down into the grass which unfortunately held Farmers Friends (bidens pilosa).  These nasty weeds attach themselves to anything they can and don’t let go.  In the end they all looked like porcupines with needle like sticks protruding from their wool. Such a funny animal, which I could watch with amusement for ages, at their antics.

The modern farm I suspect is quite different from how they used to be. There were solar panels in the middle of one paddock attached to a bore that provides power to the submersible pump to get water up to the paddocks and tanks. In the shed there were batteries to run most of the household items so very little power is used overall electrically. How different from bygone days.

I got to learn from a glance what animal was on each farm depending on the type of fencing that was erected. I also learnt 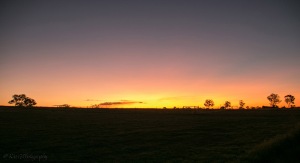 how to ride a tractor, albeit an old one that took all my power to keep in gear and brakes on at different times much to the annoyance of my stiff knees! I also learnt to distinguish different types of animal poo that trod underneath my city boots.

Sunrises and sunsets always look extraordinary on the farm and as each day passed I was thankful for being there and witnessing them. The people were laid back but the work was more intense and serious than the Gold Coast lifestyle affords but I loved the change of pace and have to admit I didn’t work very hard at all, mostly observing and enjoying.

We got to drive through many interesting country towns, some of which were almost ghost towns now sadly, and others thriving hubs.  The area is quite diverse with mining to the east and wineries and vineyards to the south east.  Each town is different and has attached to it a remarkable history.  The town of Gulgong is famous for being on the old Australian $10 note and gold mining back in the 1800s as were a lot of places around  the area. 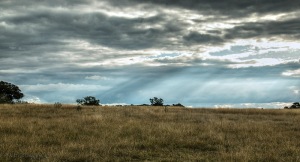 I’ll leave you now with a few photos from my trip. 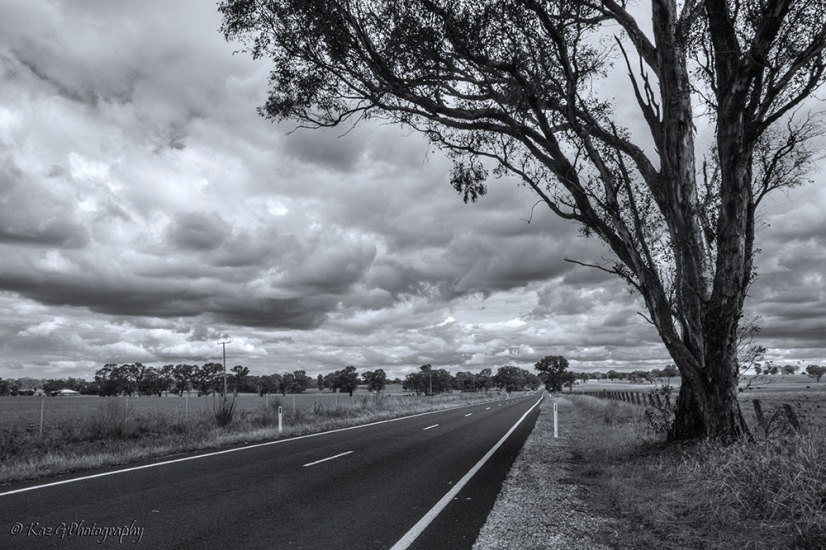 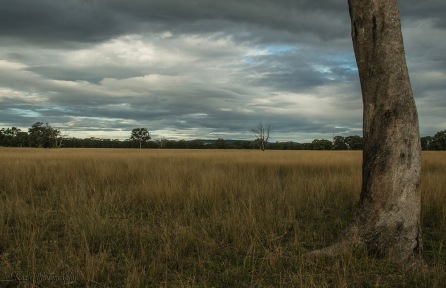 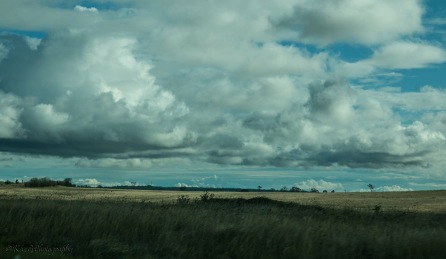 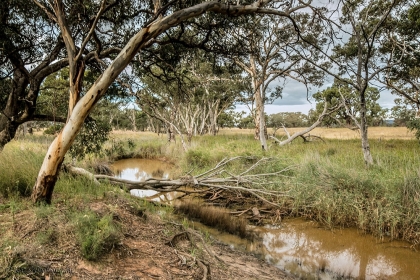 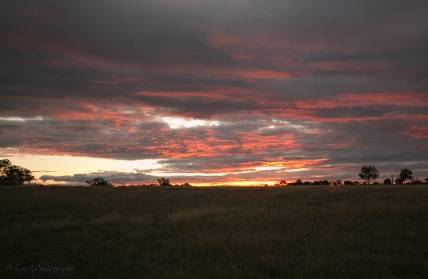 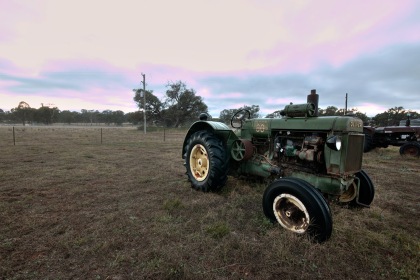 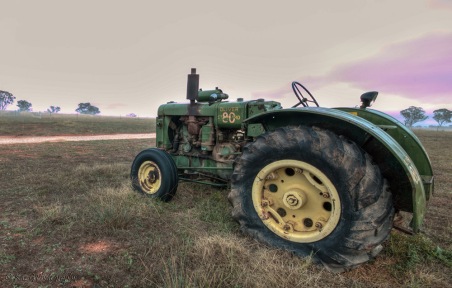 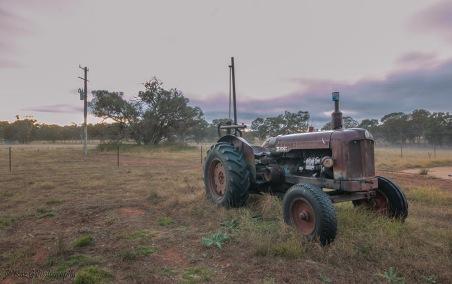 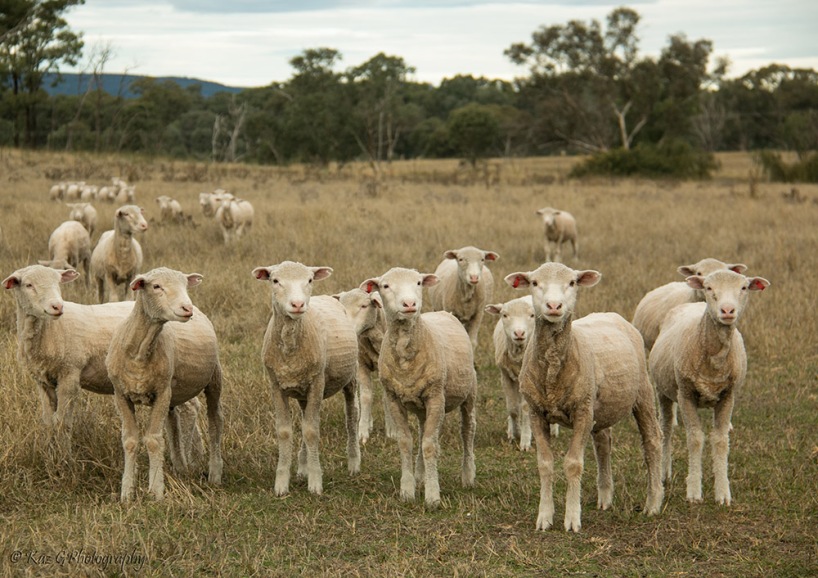 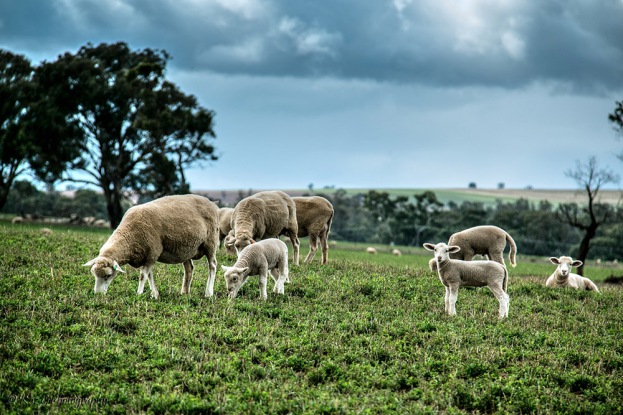 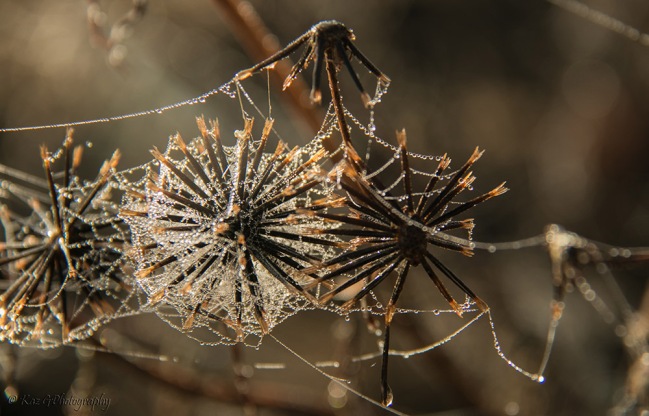 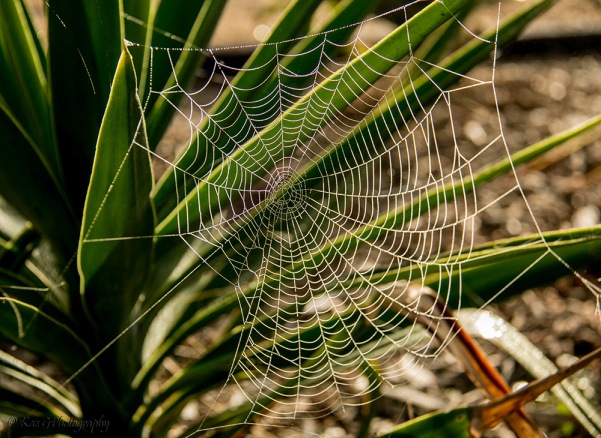 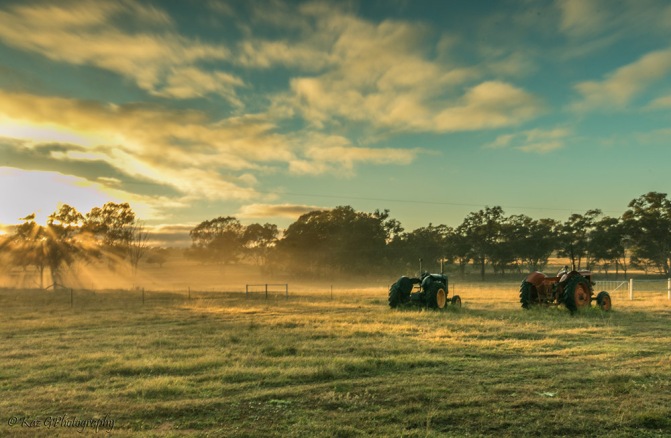 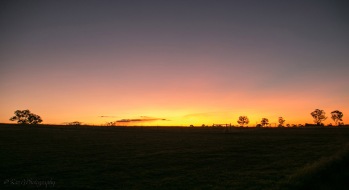