After leaving Freycinet we drove north to The Bay of Fires (Larapuna).  We first thought this name was given because of the red stain on the rocks but no, it was named by Captain Tobias Furneaux in 1773 who saw the fires of the aboriginal people up and down the bay.

The orange hued rocks look stunning against the ink blue of the sea. 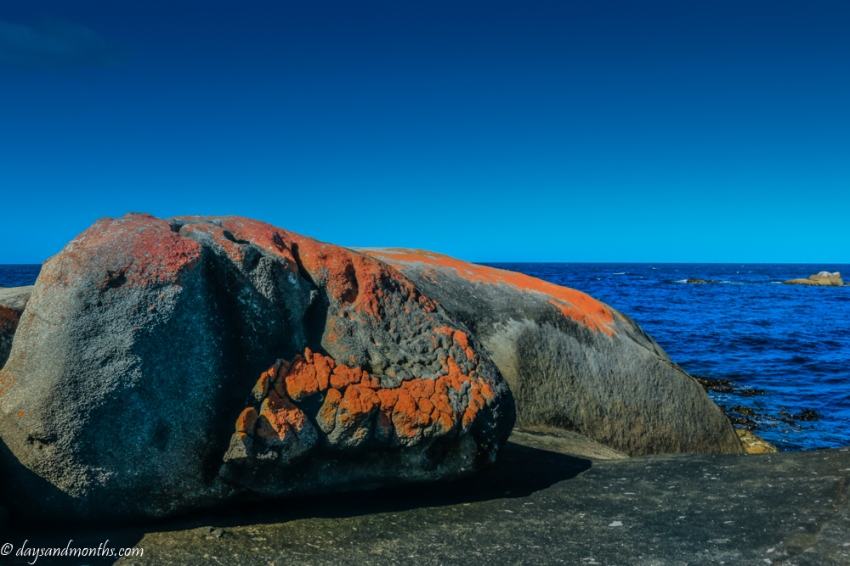 From there we headed inland bearing west on our way to Launceston. Along the way be stopped in at Bridestowe Lavender farm. I had been here once before and at that time too there was no lavender.. it was due in another couple of weeks which would have looked stunning but once again no such luck.

Another stop off was warranted at Lilydale falls. Just an easy walk from the carpark, you get to see two waterfalls.  It astounds me how many falls are in Tasmania to see, most easily accessed and for the greedy, sometimes more than one falls.